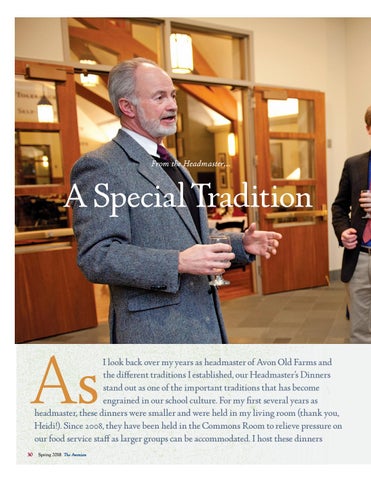 I look back over my years as headmaster of Avon Old Farms and the different traditions I established, our Headmasterâ&#x20AC;&#x2122;s Dinners stand out as one of the important traditions that has become engrained in our school culture. For my first several years as headmaster, these dinners were smaller and were held in my living room (thank you, Heidi!). Since 2008, they have been held in the Commons Room to relieve pressure on our food service staff as larger groups can be accommodated. I host these dinners