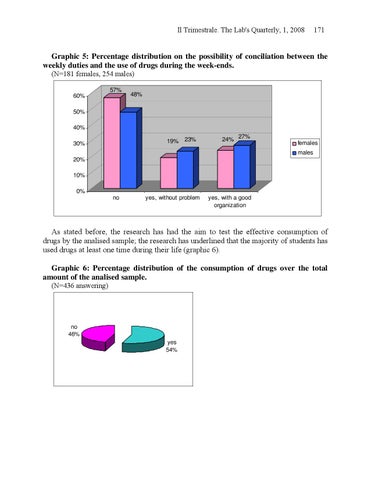 Graphic 5: Percentage distribution on the possibility of conciliation between the weekly duties and the use of drugs during the week-ends. (N=181 females, 254 males) 57% 60%

yes, with a good organization

As stated before, the research has had the aim to test the effective consumption of drugs by the analised sample; the research has underlined that the majority of students has used drugs at least one time during their life (graphic 6). Graphic 6: Percentage distribution of the consumption of drugs over the total amount of the analised sample. (N=436 answering)